RSS
← Pardonne moi, but your French tongue is in my American ear…
CHEESE roasting on an open fire? Raclette rocks! →

Expat relations: where have my old friends gone?

Over coffee this morning, I told my husband about a weird dream about an old friend. Long story behind the crazy dream (they rarely make sense to the waking mind, do they?), but more importantly, I started thinking of my old friendships and how the expat experience not only changes you, but also how your old friends relate to you as well.

To give you a bit of background first, back in my hometown (Memphis), I was part of a small but tight group of friends that worked together and played together. We looked forward to our lunches and then to our weekends plans with one another. As time went by, our lives changed with the advent of children, job promotions and losses and other family circumstances. However, we were still able to survive all those life events for 15 years. Friends forever! We toasted to it and declared it on many occasions, that no matter what happens, we will always remain friends.

At the time, I know we all believed it and wished it to be true. But after moving to Charlotte, NC, I began to feel the distance when I would go back home to visit. They all had lots of laughs, private jokes and experiences that they shared, that now had to be explained to me. I felt myself swallow hard with the realization that time and distance were starting to take their toll. My ‘tier one friendship circle,’ as I call it, was starting to deteriorate. It reminded me of the Millennium episode of  Seinfeld  when Jerry fell from the top 10 on the speed dial.

It was a year later, that I moved to France. After living in France for almost another year, I returned home again for another visit. What little familiarity that existed two years ago was now completely gone. The once comfortable ramblings had been replaced with deliberate and calculated chatter that only takes place between friends of friends desperately trying to find common ground. The magical connection was gone; Camelot had ended. My friends were vanishing before my eyes between uncomfortable pauses. There were even some friends that were no-shows. I’m not sure which was worse, the trite conversations with the living ghosts of my past or the absence of the ideal friendship that no longer existed. Maybe it was both; maybe they are one in the same.

In speaking with another friend about my angst over the apparent transition with my tier one circle, he told of how the same thing happened in his and his wife’s lives. He told me that you are the one who changes, it’s your friends who have stayed the same. I protested and said, “But, I’m the same person I’ve always been. I don’t understand why…” and in that moment, he stopped me and said, “no, you’re not the same.” Looking even more bewildered than before, I asked him what he meant. He proceeded to tell me that once you’ve experienced certain life events, you change and often without you noticing. It is inherent and inevitable. 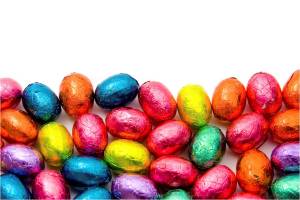 Funny how you don’t feel it happening, but it’s like a bowl of candy that starts out half full. With each day and each experience that challenges you, stretches your mind and touches your soul, you add another piece of candy to the bowl. Before long, you realize how much sweeter your life has become and how much you want to share this bowl of candy with all you meet.

There are things that can steal candy from you bowl, such as becoming sour on friendships that change or disappear all together or having one foot into a new culture but not yet fitting in; but if you can push past these feelings and understand that it is part of the process, you can live the sweet life! I would be a liar if I said that letting go (of old friends) has been easy, but I now understand that I was the one who left them. I changed. Although we’ve not discussed it and may never have the chance after all that has happened, I know that they are probably mourning the death of our former friendship too.

We all know that the old dies to make way for the new, both literally and figuratively speaking, but it still hurts when we loose a loved one in any capacity. Sometimes they are still living when we lose them and that can be what hurts most, the seemingly unfinished business of it all in wondering, why? So as an expat, your relationships will inevitably change but in the process, try to enjoy the ride. Enjoy your friends and family while you can and stay open to the new friendships that will inevitably replace some of the old ones. The process will be painful but it’s still worth the ride. ‘Profite de la vie’ (enjoy your life) y’all!

Posted by expatriotgames on February 24, 2011 in Daily life in France

← Pardonne moi, but your French tongue is in my American ear…
CHEESE roasting on an open fire? Raclette rocks! →

20 responses to “Expat relations: where have my old friends gone?”